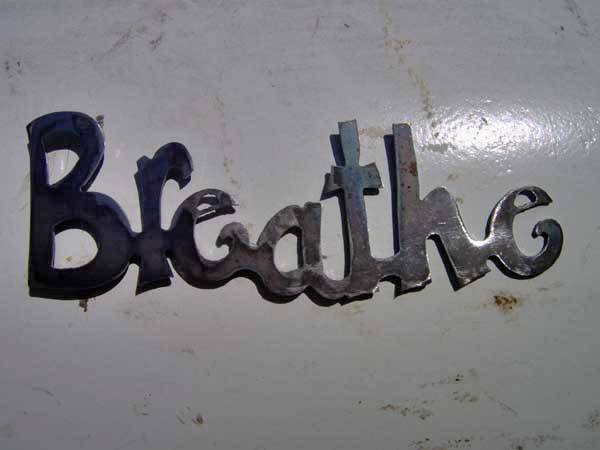 I don’t swear. Hardly ever. Its just not me. Yesterday morning though, the phrase in the title came hurling out of my mouth, just after my life flashed before my eyes.

I was on a early morning run, enjoying a light drizzle, some clean air, and the fact that I was almost done. I went to cross a street, as a car approached. I waved, a gesture meant to thank the driver for letting me (a pedestrian) pass, and also to ensure that he saw me (I was wearing a bright red top also, by the way). Apparently, not only was this driver distracted this morning, but he was also in a HURRY. As he approached the intersection, he sped up, and entered it without paying attention to anything around him. I threw on my brakes (stopped running suddenly) and let out a scream, just inches from his bumper as he slammed on his brakes, finally seeing me. He rolled down his window and said “uh, sorry”. I was shaking, frightened, and furious. Because of the adrenaline surging at the moment, my heart was beating so fast, my breathing was labored, and I walked around the back of his car. As he sped off to __________ (get to work on time, get more done in his day, beat his boss in to the office, fill in the blank) I yelled “slow the *&%# down” becuase that’s all I could think of at the time.

As I walked the rest of the way home, still shaken by the experience, what I wanted to say to him was, “would it have been worth taking a life to save a few minutes”? Of course not.

This is an extreme illustration of something I think about and talk to my clients about often. Just when we feel like we need to speed up in life, to work faster, to hurry up and get more done, to crank more out of the day, is just the very time we would benefit by slowing down. When we’re feeling pressured by deadlines looming and are frantically “acting”, we’re not as effective as if we stepped back for a moment and created a well thought out plan (and then acted on that plan). When our desk is cluttered and papers are everywhere and we just keep adding to the mess because “who has the time to put this stuff away, I have work to do”, is the perfect time to block out 20 minutes, organize, regroup, and then forge forward, when you can really focus on the task at hand (not to mention save time in finding what you need).

So the next time you’re running late, or facing a deadline, or just feeling like you have so much to do, take a deep breath, slow down for a moment, regain control, create a simple plan, organize, and then move forward more productively. Also, as a public service message, drive safely!