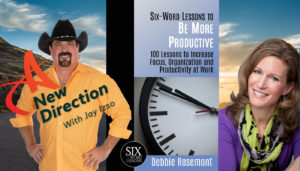 THE ANXIOUS ENTREPRENEURS – March 5, 2021 – Certified Professional Organizer and Productivity Consultant Debbie Rosemont of Simply Placed shares about herself and her experience working with and coaching other entrepreneurs through programs that can bring organization and productivity to your life and work.

Listen to the Apple podcast: 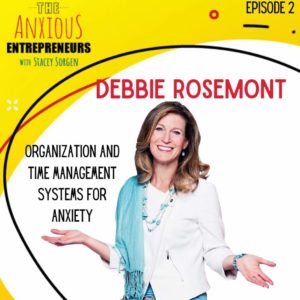 TIME IS ON YOUR SIDE SUMMIT – June 2021 – Certified Professional Organizer and Productivity Consultant Debbie Rosemont of Simply Placed presents ideas and tips from her popular “Multitasking Makes You Stupid” workshop. 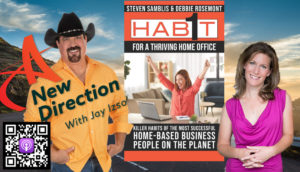 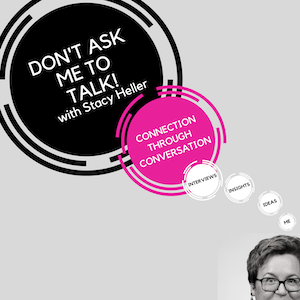 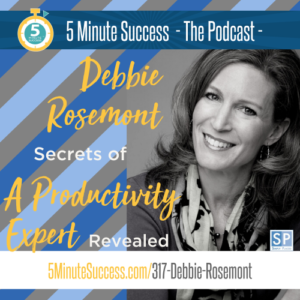 WHAT FUELS YOU PODCAST – September 25, 2020 – Certified Professional Organizer and Productivity Consultant Debbie Rosemont of Simply Placed discusses the psychology of behavior change and useful tips and tricks to organize your life. 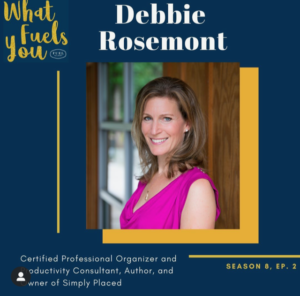 SMEAD – September 11, 2019 – Certified Professional Organizer and Productivity Consultant Debbie Rosemont of Simply Placed myths in multitasking, how to handle the temptation, learning to say no.

SMEAD –  April 28, 2017 – Certified Professional Organizer Debbie Rosemont discusses minimalism and how to accomplish it without having to go to the extreme.

SMEAD – January 26, 2017 – Debbie Rosemont of Simply Placed shares easy to implement strategies to help you effectively and efficiently manage your email (Part 1 of 2).

SMEAD – October 26, 2016 – Debbie Rosemont of Simply Placed shares insight on project management in Episode 146 of the SMEAD podcast. Watch it below or click here to listen.

SMEAD – October 26, 2016 – Debbie Rosemont of Simply Placed shares more insight on project management in Episode 147 of the SMEAD podcast. Watch it below or click here to listen.

SMEAD – March 28, 2016  – Debbie Rosemont of Simply Placed shares insight on how to network effectively in Episode 123 of the SMEAD podcast. Watch it below or click here to listen.

Simply Placed was featured in the February 2016 issue of the 425 Business magazine.  Read about it here. 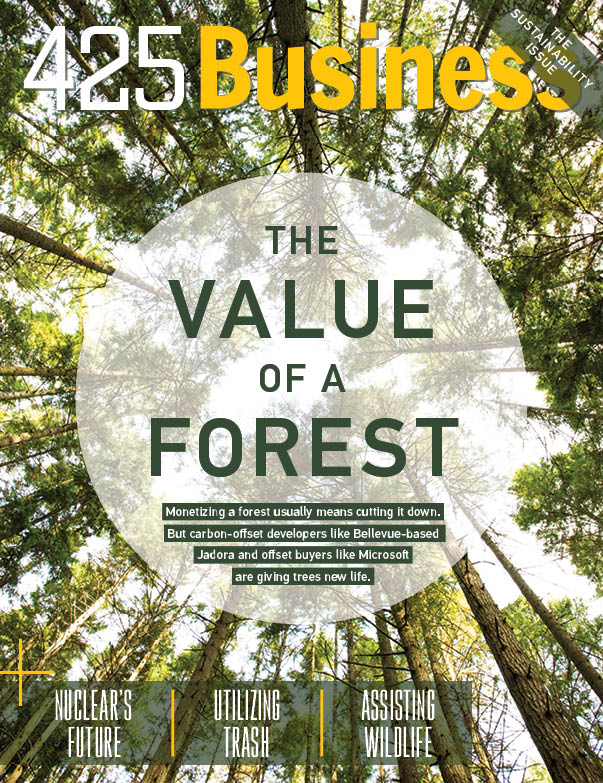 Q13 Fox News TV – Back-to-school: How to get your kids organized ahead of time – Debbie Rosemont shared some ideas for keeping the entire family organized as the kids head back to school: from the right kinds of supplies to keep things neat and tidy; to ideas for keeping an organized study space that works best for each child. 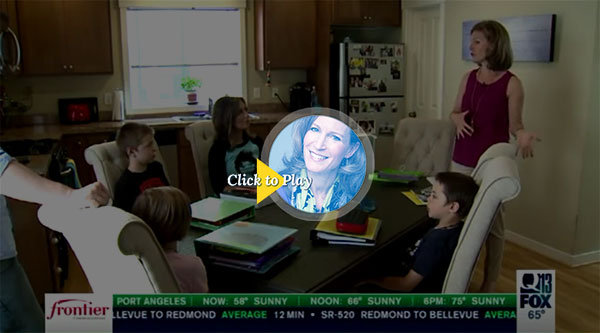 SMEAD – January 28, 2015  – Debbie Rosemont of Simply Placed was invited to discuss small changes that make a big difference in any organization in Episode 67 of the SMEAD podcast.

What Are You Waiting For? Overcoming Procrastination – Debbie Rosemont was featured and interviewed on The Whole Leader podcast, hosted by Sara Harvey Yao of Yao Consulting on BlogTalk Radio last month.

Sammamish resident Debbie Rosemont has been named one of five finalists for the 2015 Nellie Cashman Woman Business Owner of the Year award presented by The Women Business Owners, the leading organization for women entrepreneurs in the Puget Sound.

Organizer411 Hangout – SMEAD – December 17, 2014
Simply Placed was invited as an Expert Organization and Productivity Consultant by Smead to answer audience questions in its first ever Q&A session via Google Hangour. Watch the video of the Q&A below or listen to it here.

Debbie was featured in the North End Metro magazine. Read the Article Here. 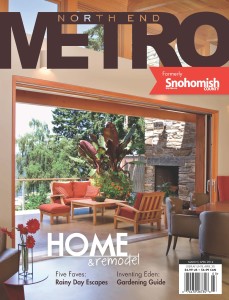 SMEAD – June 4, 2014 – Debbie Rosemont talks about how to overcome procrastination in Episode 37 of the SMEAD podcast. You can click here to listen or watch the video below.

KKNW 1150 AM Radio – Femmenation – Debbie was interviewed as a guest on Debbie Whitlock’s Femmenation radio show.

SMEAD – Debbie Rosemont gives the “Smart” way to set New Year’s Resolutions. You can listen here or watch below.

Read about our 10th Anniversary Coat Drive benefiting One Warm Coat in the Issaquah Press and the Woodinville Weekly.

Smead – September 18, 2013 – Debbie was interviewed by SMEAD’s “Keeping You Organized” podcast series, about Overcoming the Challenges of Disorganization. See the interview below.

Smead – May 2011
Listen to Debbie as she explains the advantages of having the Smead Tiered Stadium File Holder.

Rubbermaid’s Q & A with Debbie Rosemont – Certified Professional Organizer® – February 9, 2011
Catch up with Debbie and find out some organizing tips by reading this interview Debbie had with Rubbermaid!

KKNW 1150 AM Radio  – Peeling Moms Off the Ceiling – November, 2010
Listen as Debbis is once again interviewed and shares ideas on how to help busy moms create a wonderful holiday season with her Organized Holidays book.

Issaquah Sammamish and Beyond Magazine – November, 2010
Debbie and the Simply Placed crew offer timely tips on making the holidays memorable and enjoyable instead of stressful and traumatic.

Media Moment Interview – March 2, 2010
Debbie was interviewed by Janet Vasil, a former TV Anchor turned Media Coach/Consultant and Publicity Strategist about how Simply Placed serves their clients, and ways they get the word out about what they do.

KKNW Radio Interview – December 1, 2009
Debbie had the opportunity to be a guest on Sue Lundquist’s “I’m Thankful” radio program on KKNW 1150 AM radio in Seattle. They chatted about how organization can help tame family chaos and ease stress.

RachaelRay.com – November, 2009
Debbie was interviewed and included in an article on RachaelRay.com. She shares more helpful hints for a wonderful and organized holiday season.

Let’s Talk on Diva Toolbox Radio – November 19, 2009
Show host Jennifer Malocha interviews Debbie where ideas are shared on how to maximize joy and minimize stress this holiday season. Be sure and click on the November 19th interview.

Married With Luggage – September 25, 2009
Listen to Debbie Rosemont’s Interview with Betsy Talbot, where Debbie focuses on how solo entrepreneurs can refocus on some goals and resolutions that may have been dropped earlier in the year.

We discuss:
1. Getting more of the right stuff done
2. How to get 6 weeks back every year
And much more!

Let’s Talk: How & When to Outsource – January, 2009
Debbie was interviewed by Jennifer Malocha on a Let’s Talk Segment. Click on the link to listen!

Let’s Talk: Getting Organized in the New Year – January, 2009
Debbie’s interview by Jennifer Malocha from Let’s Talk. Click on the link to listen.

Let’s Talk: Tips to Organize Your Space – January, 2009
Debbie provides these tips when interviewed by Jennifer Malocha from Let’s Talk. Click on the link to listen.

Issaquah-Reporter.com – November 28, 2008
Simply Organized: Money-saving tips for the holidays. This is the final report in the series on how to have a balanced and joyful holiday season.

Issaquah-Reporter.com – November 19, 2008
Holiday correspondence without the headache. A continuation in the series of helpful holiday tips from Simply Placed.

Issaquah-Reporter.com – November 07, 2008
This year, give gifts that won’t cause clutter. More helpful ideas in the series from Simply Placed.

Issaquah-Reporter.com – October 31, 2008
Simply organized holidays – help with entertaining. Third in a series of articles to help you get ready for the holidays!

Issaquah-Reporter.com – October 24, 2008
A continuation of the holiday articles.

Issaquah-Reporter.com – October 2008
This article is a first in a series that shares specific ideas to have a balanced and joyful holiday.

Examiner.com October 2008
“Tricked by the Economy? Here Are Some Treats.” Simply Placed is a contributor in this article about maintaining and thriving in today’s economy.

Sammamish Review – September 2007
Debbie Rosemont and Simply Placed were featured in an article on page 13 of the 9/26/07 edition.

Get tips and strategies to rock your work from home productivity while maintaining boundaries when work and life happen under one roof. 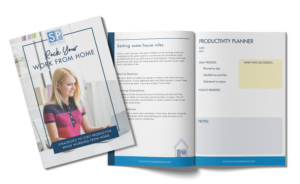